New in 2001 – The big 10.4″ VGA Raymarine RL80C was one of first to take advantage of award winning HSB (High Speed Bus) technology developed by Raymarine.

HSB allows one display to communicate with another display, sharing radar, chart & fishfinder data via a fast, single wire link. A very nice full featured system that is pretty fast. 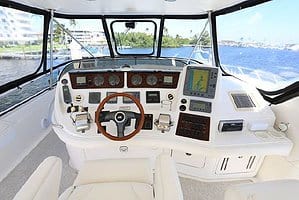 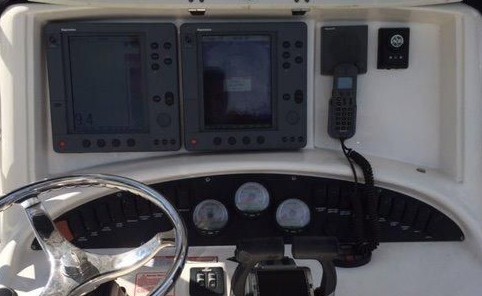 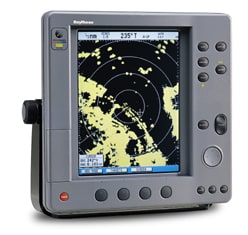 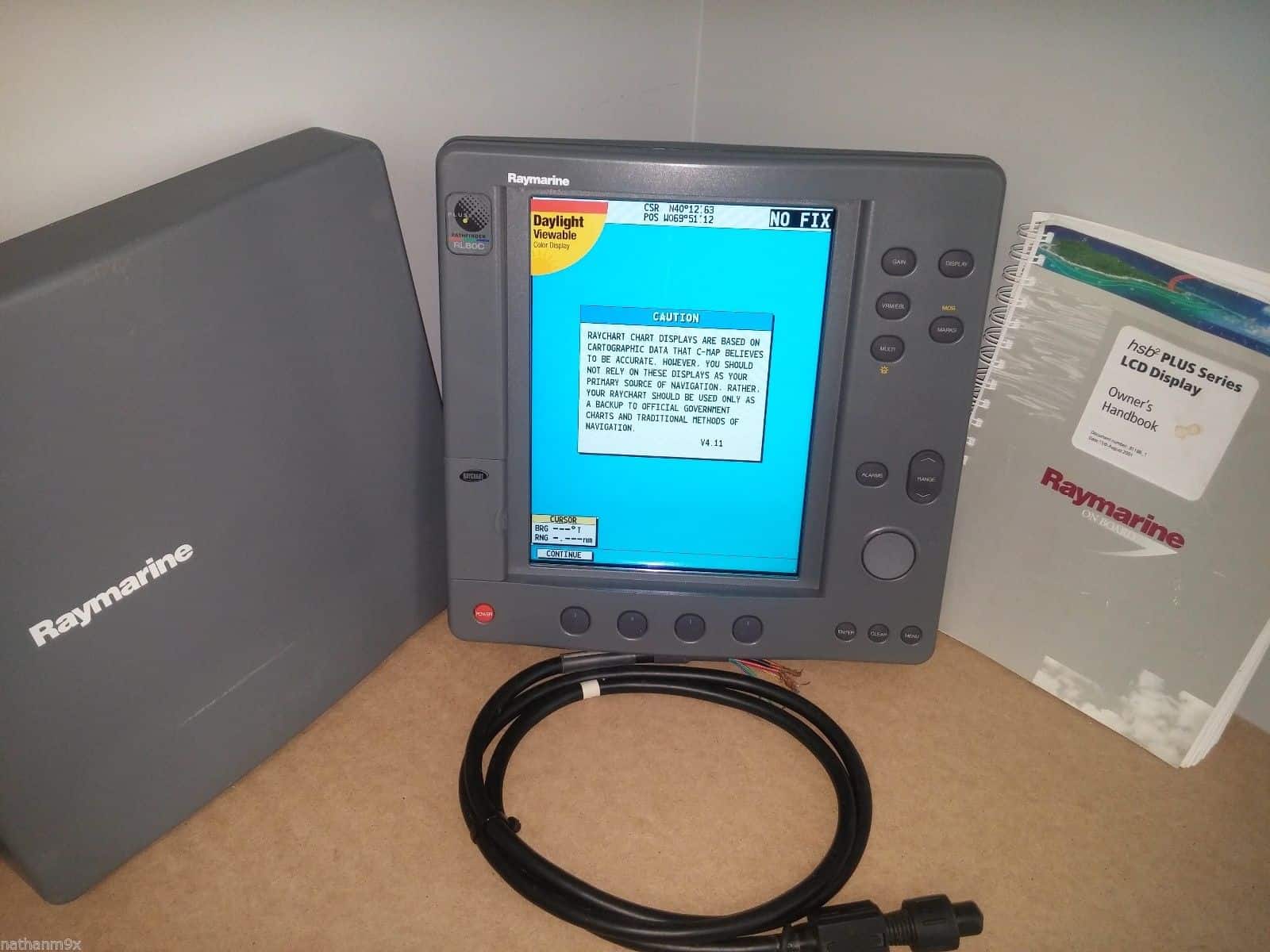 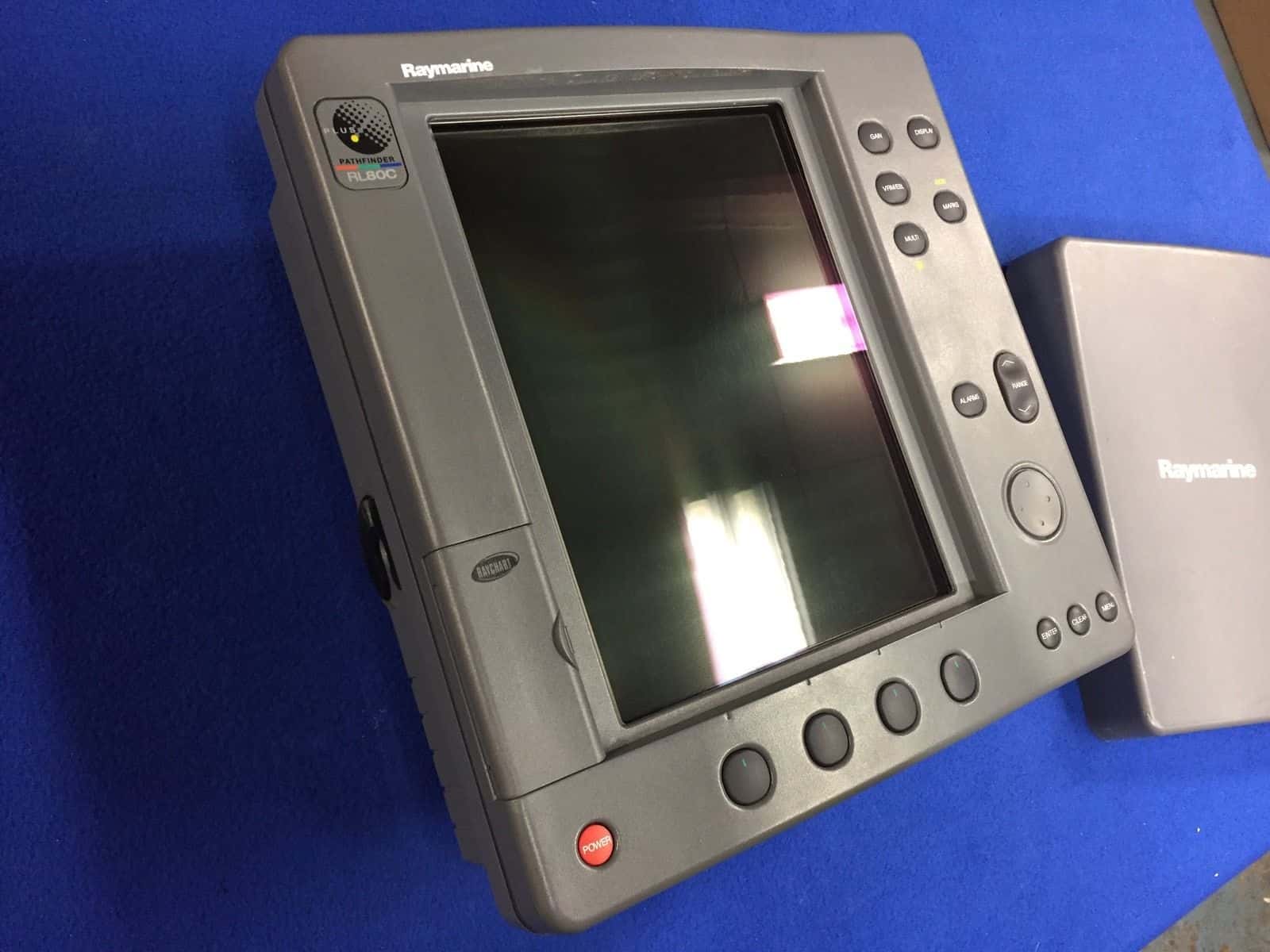 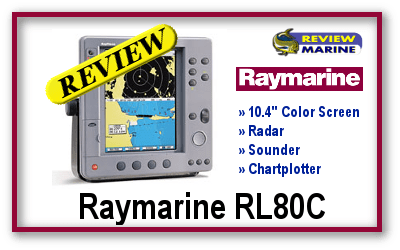 The Raymarine RL80C –  introduced in 2001 sports a full VGA, 10.4″, daylight viewable, 640 x 480 color LCD display using the latest in anti-glare – backlighting technologies for stunning clarity and color in any light.

The RL80C launched as a radar display with full color is very sharp, even in direct sunlight, perfect for radar, chart plotting or both.

It later became available as the RL80CRC with a built-in world map and using C-MAP’s NT+ micro cartridges for detailed charting equipped with the RayChart C-Card Reader.

It uses the flexibility of direct cable HSB (High Speed Bus) and later in the RL80C+ /RL80CRC+ versions use HSB2 technology to offer full multi-station capability.

Connect any Pathfinder or newer analog radar dome or open array and you have full multi-station radar performance for up to 10 displays.

The RL80C Raychart is also compatible with Raymarine’s MARPA / radar collision avoidance system, allowing you to track up to 10 other vessels and display the target’s speed, range, bearing, course and closest point of approach so that you know exactly when and where a target will intercept your course. 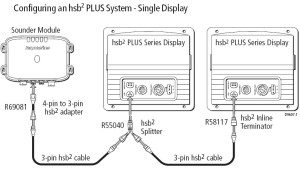 Raymarine RL70C vs RL80C – Basically the same unit and has the functionality. The only difference is RL70C has 7′ screen and the RL80C has a 10.4″ screen.

Features different firmware and a Raychart two slot C-Card reader permitting the display to additionally be used a chartplotter.

Can receive and display position information via Sea talk from either a RS120 or RS125 GPS Receiver/antenna.

RL80CRC+ – Radar/Chartplotter/HSB2/*Sounder Capable. The Plus designation indicates that the version of the display/includes additional memory to support use of C-Map NT+ cartography.

Features an HSB2 port permitting it to be interfaced to other hsb2 Pathfinder Series Displays to support sharing of radar, fishfinder, chartplotter, waypoint & route data.

Waypoints can be entered using Lat/Lon, range and bearing, present position or via the Chartplotter cursor and features 16-character waypoint naming.

Stores up to 20 routes with 50 waypoints each and can hold 5 tracks with 750 track points each. Plenty of waypoints and routes but 5 tracks can get used up pretty quick.

Note: Only analog radar units will function with the RL80C/Pathfinder radars:

When adding a DSM250/30/300 to hsb2 Pathfinder Series Displays, the DSM should be installed at the end of the hsb2 daisy chain. (See Image Above)

The Raymarine RL80C series has a great display for radar, sonar/sounder connectivity and charting with the Raychart CRC addition. This is a very robust system and the ability to connect multiple units together to share data is a huge plus.

The RL80C model versions and capability can be a little confusing but a great system for sure.