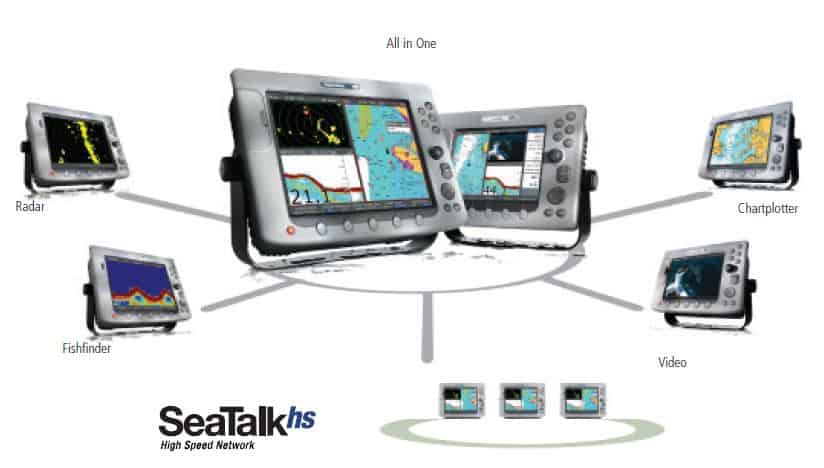 The Raymarine E120 Classic – is the bigger brother to the E80 in the E Series Classic line introduced in 2005 and sports a 12.1″ screen and resolution of 800 x 600 pixels. A bright screen with little or no darkening when viewing the screen from the side which is a must on sunny days.

It’s a large powerful high-speed network chartplotter with a sharp screen that can include GPS, Sonar, Radar, Autopilot, Weather, AIS and even Video!

You can connect everything to one unit running on its own or have several connected together sharing data. A fast, flexible multifunction unit, loaded with features. An excellent choice when you are looking for a big screen with networkability.

The E120 Classic communicates with other devices using NMEA 0183 & NMEA 2000 on the Raymarine SeaTalk network.

The E Series Classic can use Platinum Plus, Platinum, or Navionics Gold chart cards. The slide reader on the front uses Compact Flash “CF” cards.

Raymarine E120 vs C120 – For the fish finder, chartplotter and radar functions, the two are the same. On the E120, the ultra brite TFT screen shows much brighter, is networkable and can share black box components and radar among multiple displays.

The E Series will also do video, supports HD or Super HD color radar and can use Navionics Platinum or Platinum Plus charts which the C Series cant.

Waypoints / Routing / Tracks – Waypoints can be saved at your (present location) with one push of the WPTS key or you can use a soft key function to save at the – cursor, ship position, lat/long and to also access the waypoint list.

Waypoint lists can be set up in separate groups for quicker access based on your own criteria.

The waypoint list includes the group name, latitude/longitude, bearing/distance, a 16-character name, and a 32-character comment for each saved waypoint.

This makes finding your favorite waypoints in a large list pretty easy to find and use. It stores of up to 1250 waypoints, 125 routes & 10 Tracks. Plenty of waypoints and routes but 10 tracks gets used up pretty fast.

Video Integration – The E-120 is equipped with four video inputs for connection to on-board cameras, DVD players or satellite television. Each display is also equipped with a video output port for connecting to remote monitors such as Raymarine’s M1500 15” display.

There is support for both single and dual engines, with up to five engine data display combinations to choose from.

Note: In the summer of 2005, Navionics’ introduced the new Platinum Multi-Dimensional cartography available for the Raymarine E-Series.

Radar –  Raymarine E-Series displays are fully radar-capable with the addition of a Raymarine high-performance radome or open-array radar scanner. 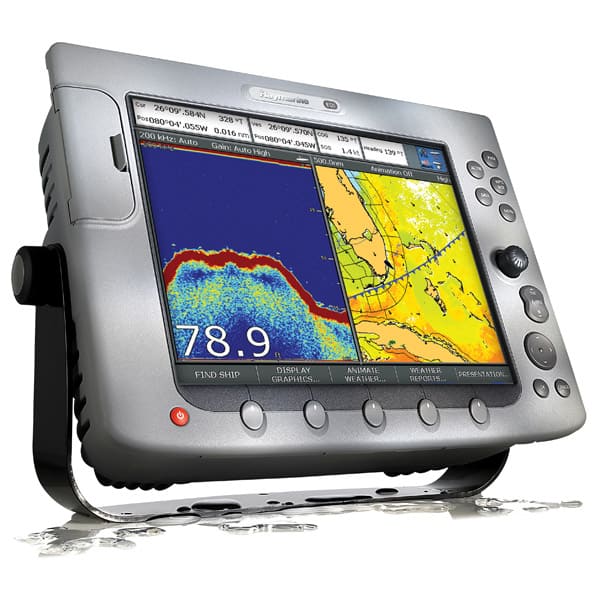 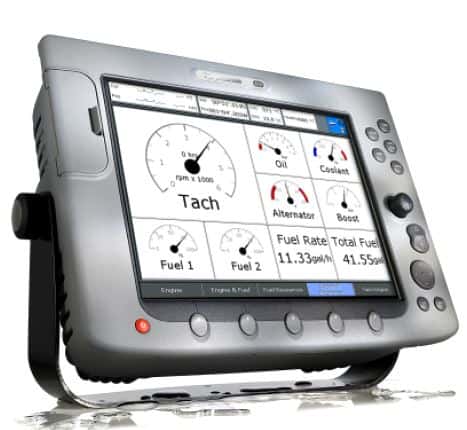 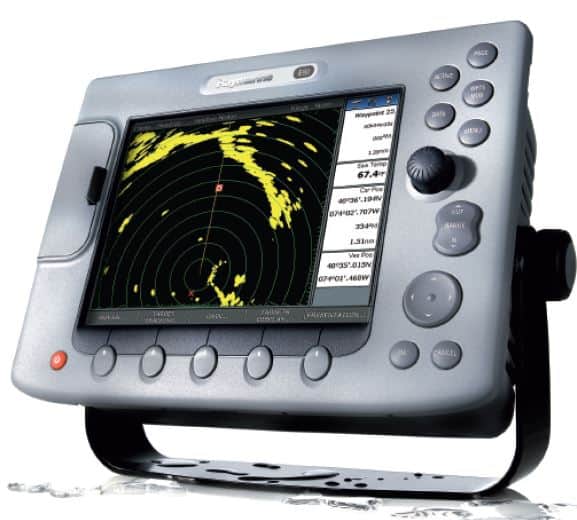 When connected to a HD or Super HD Radar Scanner, the E-Series Classic will support color radar.”

The C/E-Series Classic MFDs are compatible with the following radomes featuring an analog video interface:

The C/E-Series Classic MFDs are compatible with the following radar pedestals featuring an analog video interface:

“We have taken multifunction navigation to a whole new level with integrated video, high-speed networking and ultra bright color displays.Captains that demand the most from their electronics will see that the Raymarine E-Series is the optimal fit for their needs.”

Like Raymarine’s award winning C-Series, the E-Series displays can be configured in any combination or used individually as a chartplotter, digital fishfinder or radar just by adding the appropriate Raymarine sensors.

Chart redraws are fast, taking less than a second to fully redraw the chart after a map range change. Minimum range can be set as low as 1/32 of a mile, about 190ft when set to nautical miles.

Up to 4 data sources can be displayed in an individual window simultaneously with a data strip. The E120 has an easily accessible ruler to measure the bearing and distance to any point of between a pair of user selected points.

Packed with power and performance features, the 12.1” E120 display can be used as a stand-alone navigation display, or integrated with other E-Series displays, E80 or E120s as part of a SeaTalk network.

The E-Series Classic has been around for almost a decade and continues to have a large following in commercial and recreational boating. All in all, a solid multifunction unit in a rugged aluminum case. 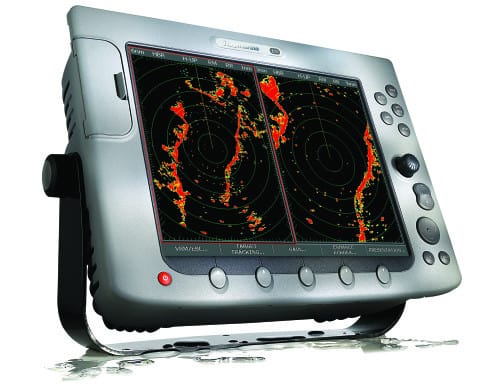 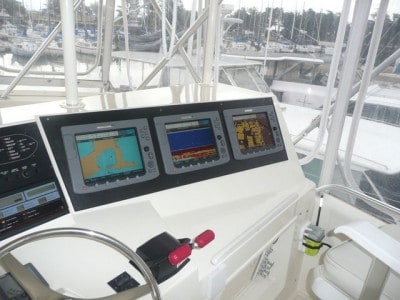 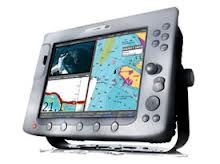 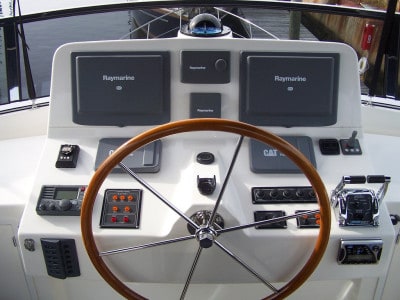