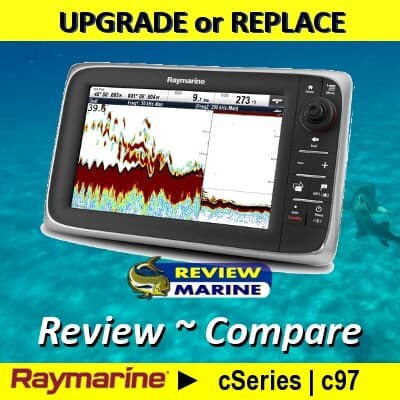 The Raymarine c97 – Can be used as a single all-in-one chart, radar, and sonar navigation display or expand into a navigation network with multiple displays, CHIRP DownVision sonar, radar, thermal night vision, and a bunch more.

With a Bright 9″ display and Rotary button control –  it allows for simple control with the rotary unicontroller with integrated joystick and the built-in keypad. The screen is sunlight viewable and optically bonded for sharp color and nice contrast. 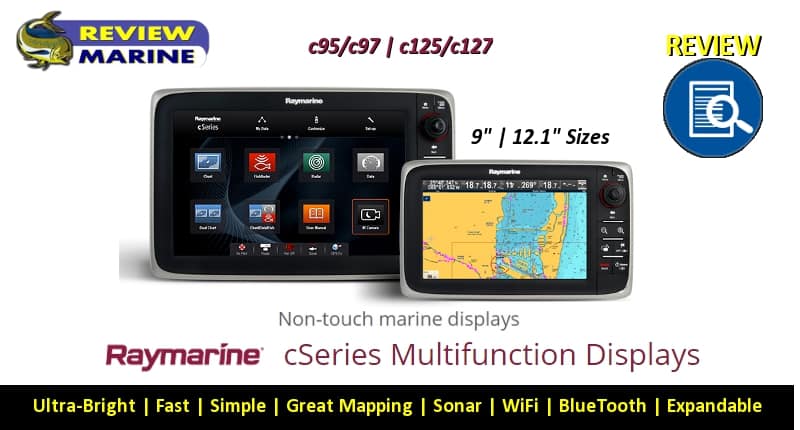 The c97 and c127 models have a built-in ClearPulse Sonar/Fishfinder which puts out 600 Watts.

The cSeries and eSeries MFDs both run the LightHouse II operating system, are of similar size and features but have a few key differences.

Controls – The cSeries have rotary buttons and keypad controls whereas the eSeries feature HybridTouch (touchscreen and keypad) controls. 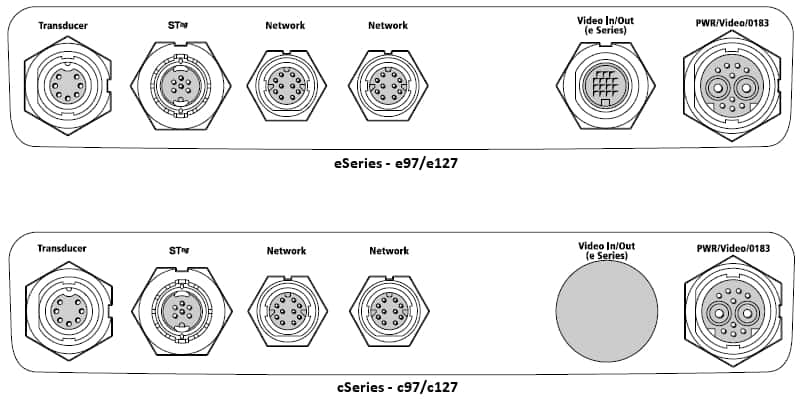 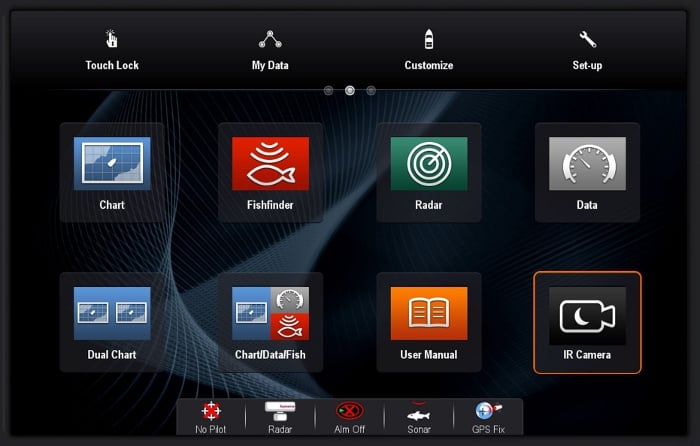 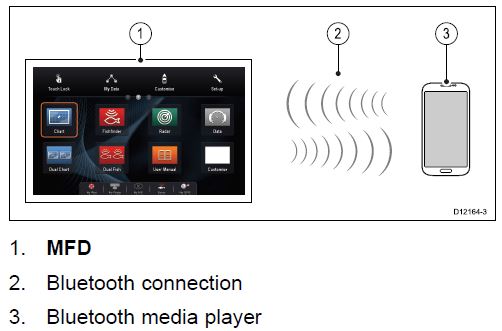 These apps are available through the Google Play Store and Apple Itunes. The viewer app for screen mirroring is good but I found the remote App for the I found a little clunky. 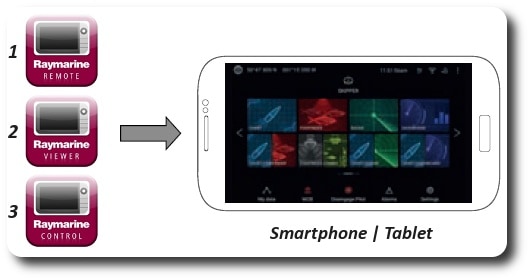 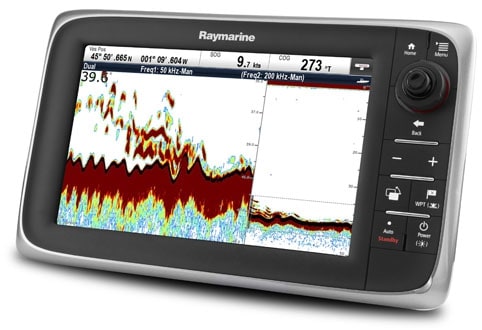 The Intelligent ClearPulse automatically adapts and adjusts for a clear image of fish and bottom contours in depths up to 3000’ according to Raymarine. It will read depth to 3000′ but for fish, 600-900 is more realistic.

It’s also BlackBox sonar ready if you need something more powerful. Add a CP450 with ClearPulse CHIRP technology and it will go beyond conventional sonar with excellent resolution and depth performance up to 10,000’ with an Airmar CHIRP compatible transducer. 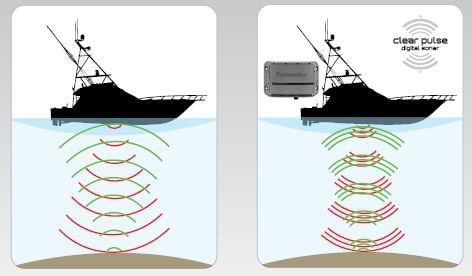 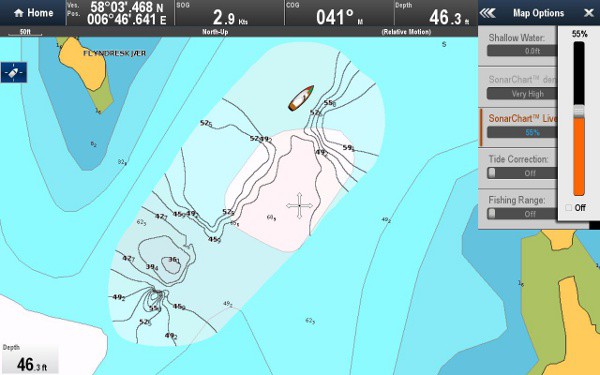 The c97 display includes Wi-Fi which makes the Raymarine Quantum radar a nice choice. Quantum Radar is one of the first compact marine radars to use CHIRP pulse compression technology. It delivers excellent radar imaging on both long and extremely short ranges.

The c97 ships with either no charts, (Worldwide Basemap) CMAP or Navionics charts with options for US Coastal, US Inland, Canada, Europe, and the Rest Of the World.

It does have additional charting support for a pretty wide range of charts like Navionics+ Navionics Platinum,  and Raymarine LightHouse chart formats on microSD cards. 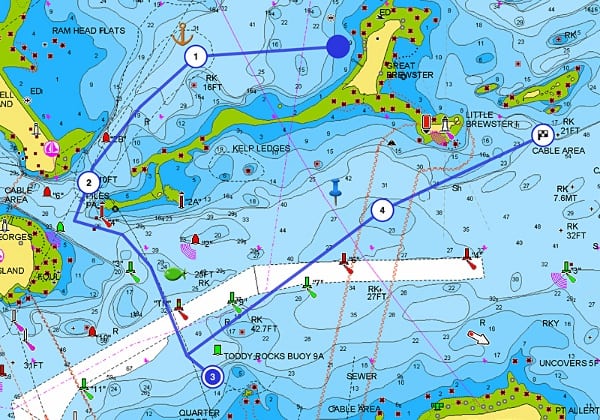 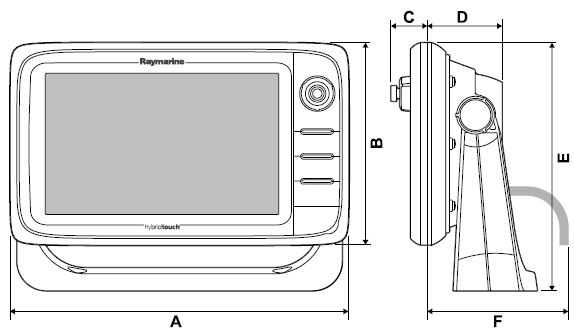 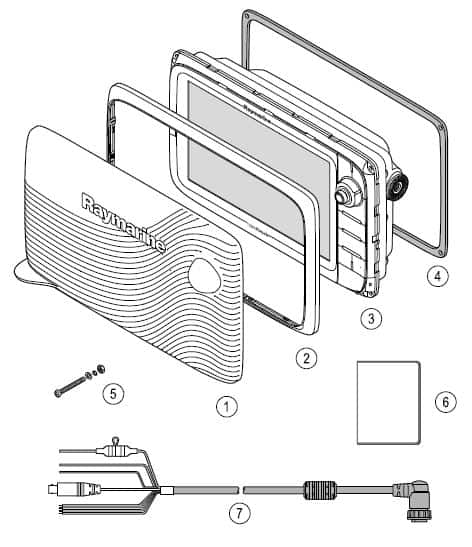 Raymarine c97 / Lighthouse II | Software Updates  –  This also has the software update history which is a great place to see what features and fixes have been added.

Here are a couple of forum posts I came across from people with additional opinions and experience using the cSeries. 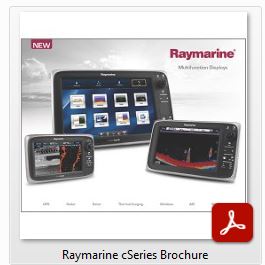 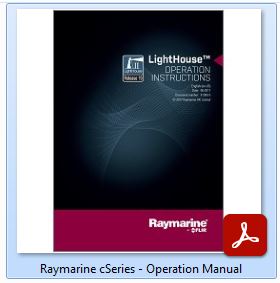 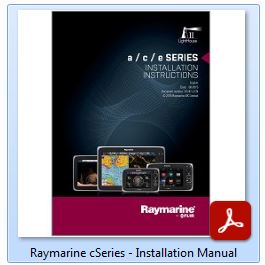 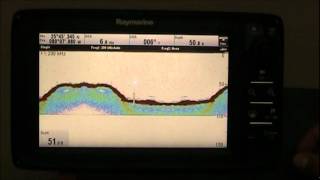 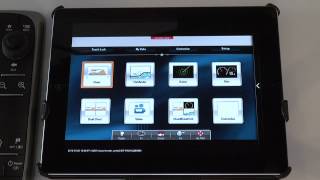 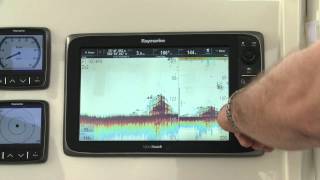