What are the differences?

Specifically, a comparison of the series and then a side by side of the 7″ 9″ and 12′ models.

What are the main differences?

Charting – Raymarine has support for more chart options like Navionics, CMAP, their own LightHouse Charts, and other 3rd party chart sources. Garmin just supports their BlueChart G3 and LakeVü Series charts, which are very good but only Garmin. Garmin recently acquired Navionics, so Navionics is now part of Bluechart G3.

Waypoints, routes and track storage is also different. See the table below for details. The AXIOM also has 4 GB internal storage which the GPSMAP does not.

MicroSD Slots –  AXIOM has 1 in the back vs 2 for GPSMAP in the front.

Sonar –  Both series have CHIRP traditional conical sonar but Garmin has a bit more power at 1KW vs 600W. Both have downscan capabilities, i.e. DownVision & DownVu. AXIOM 7/9/12 has SideVision but only the Garmin 1242xsv has SideVu.

Raymarine has RealVison 3D which takes all the data from each channel and combines it into a very cool 3D interactive screen. Garmin has Panoptix all-seeing sonar. It shows 3-D images of fish and structure, live and in real-time. But it’s not interactive.

Garmin Has a cool feature for recording sonar to MicroSD. I use this feature often, to review areas that I cover during a day of fishing, in the Garmin HomePort software on my laptop.

Power – Garmin GPSMAP units appear to draw a bit more power across the board than the AXIOM units do.

Screen Resolution – The GPSMAP 9″ has a bit better screen resolution than the AXIOM 9″. The other sizes are the same.

Rear Connections – Garmin has BNC video input, NMEA0183 input, and 1 additional network port on the 12″. Raymarine has a USB micro B port for adding an extra card reader.

See the tables below for a detailed comparison.

The Raymarine AXIOM – is the first in the series introduced in February 2017.

The AXIOM Series Chartplotters are a full networkable boat management system with an excellent built-in fishfinder-sonar and fast quad-core processors.

They can easily connect to a range of other onboard systems like radar, instrumentation, autopilot, video cameras, thermal cameras, marine radio, additional NMEA2000 networkable compatible devices and they support digital switching.

The AXIOM series also includes the AXIOM+ and the AXIOM Pro.

These are compact plotters that offer full-network compatibility for the Garmin Marine Network and have support for sharing sonar, maps, user data, radar, IP cameras, and Panoptix all-seeing sonar among multiple units.

They also support Garmin Panoptix all-seeing sonar. And have support for NMEA 2000 and NMEA0183 for autopilots, digital switching, weather, VHF, AIS, and other sensors.

This GPSMAP series also includes the plus and touch models.

Here are 17 ways they are different: In BOLD

So which one is Better?

Both are excellent multi-function chartplotters with solid sonar and will serve any console or pilothouse well. If possible try them out side by side to see which flows better for you. Some swear by Garmin some Raymarine. Using one might feel better for you than the other.

If you have Raymarine and like them, and the AXIOM has all the features you need then stick with them. Realvision 3D is a nice. Same with Garmin.

I have used both and I’m a bit more partial to the GPSMAP but… the lack of Sidevu in the 7″/9″ units is a big negative. However, the 1KW sonar output is a big plus.

In conclusion, both brands are small but powerful MFD’s with big boat features at affordable prices. 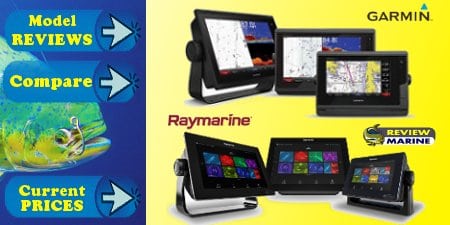 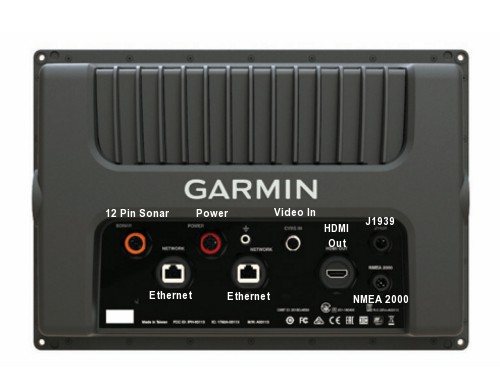 How are the GPSMAP 1242xsv and AXIOM 12 different?

Here are the main differences side by side:

How are the GPSMAP 942xs and AXIOM 9 different? 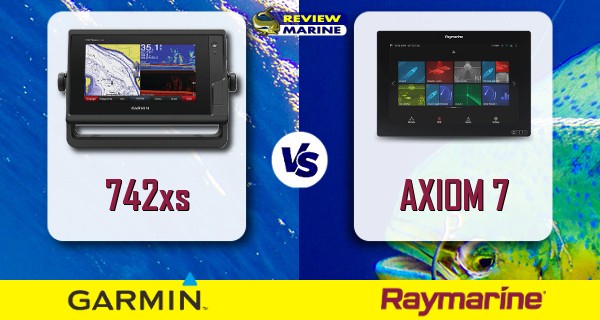 How is the GPSMAP 742xs different from the AXIOM 7?