How are they different?

The big differences are in charts, networking and sonar/fishfinder features. This isn’t really a fair comparison as the UHD 93sv is next generation and is quite a bit more advanced with more features.

Here are the details.

One of the major differences between the two units is in the pre-loaded mapping. Both charts are very good but the Elite Ti offers more 3rd party options.
The UHD 93sv has LakeVü g3 inland maps plus Navionics data, which are advanced shallow freshwater fishing maps with excellent clarity and detail for more than 17,000 U.S. lakes.
LakeVü g3 features integrated Garmin and Navionics content with up to 1’ contours that provide a clearer view of the lake bottom layout.
Additional LakeVü g3 features include… Auto Guidance, Custom Depth Range Shading for target depths at a glance and Shallow Water Shading, to see “user-defined” shallow depths easily.
Garmin’s maps are proprietary meaning you cannot add third-party maps to Garmin.
The Elite-9 Ti comes standard with either a built-in detailed U.S. background map, C-MAP Pro or U.S/Can Navionics+. It also supports a bunch of other chart options.
Lowrance gives you the ability to use other charts like Lowrance Lake Insight, Lake Insight PRO, and HD, Insight Genesis.
Additional mapping options include third-party charts like Navionics Gold and HotMaps Premium, Fishing Hotspots PRO and Jeppesen C-Map Max- N.
l

Another big difference is in Sonar. The Elite-9 Ti sonar is pretty good but the UHD 93sv offers a lot more.

The ECHOMAP UHD 93sv –  comes with a very powerful built-in fishfinder that includes CHIRP Traditional, ClearVü Down, and SideVü which is comparable to the Elite Ti.

Where the UHD 93sv pulls ahead is with the added 1200kHz Ultra High Definition sonar channel and the support for Panoptix for live view.

The  UHD ClearVü and UHD SideVü supports 800/1200kHz and has a power output of 500W and is incredibly clear in depths less the 60′.

Another cool feature is the ability to record sonar to a microSD card and review it later in HomePort.

Additional features include Trackback, which lets you review sonar history and scroll back through your history and mark those spots you want to check out.

This can be a biggy if you want to run more than one unit and connect them together. The ECHOMAP UHD is fully networkable, the Elite Ti is not.

All sonar channels can be shared from any connected device including CHIRP, Downvu, Sidevu and choosing from any transducer.

Two units can be connected directly via the Panoptix network port or you can connect additional units using the Garmin Port Expander.

Elite-9 Ti – The Elite Ti series is more of a stand-alone unit and is not networkable for sharing sonar, however, user data like waypoint and routes can be shared between unit using NMEA 2000

Wireless Connectivity is built-in to the Elite-9 Ti for things light connecting the Power-Pole shallow water anchor or using remote viewing with your smartphone via the Go Free app.

The UHD 93sv unit is slightly wider than the Elite-9 Ti; this may be a factor if your dash is really tight for space.

The UHD 93sv has a 5Hz GPS and the Elite-9 Ti has a 10Hz GPS. The difference between the two is in the acquisition speed.

A 10Hz will lock onto the satellite slightly faster than a 5Hz on startup.

The difference between the two would not be noticeable on a GPS on a boat. This is something that would probably matter more on a Mach 1 airplane or ballistic missile. 🙂

Custom Screens – Both models have split-screen functions however the ECHOMAP UHD 93sv has more screen combinations.

The UHD 93sv offers 7 screen combinations and the Elite-9 Ti offers 4. The panel size on both is adjustable.

The additional UHD 93sv custom screen options in my opinion are a big plus!

Touch Screen – Both are touch screens, however, the Elite Ti doesn’t support pinch to zoom like the UHD.

App Control – Garmin uses Active Captain for view/control while the Elite Ti uses the LINK for remote view (smartphone and tablet)
and control (tablet only).

Both are free in Android and Apple App Stores.

; See table below for side by side comparison

Charts and mapping between these two units are pretty comparable with the edge given to the Garmin ECHOMAP UHD 93sv with LakeVü g3 for detail.

The choice really lies in the networking and sonar fishfinding features; here the UHD 93sv wins with the added ultra high definition channel and the better networking sharability.

If you don’t need UHD sonar or advanced network sharing that the ECHOMAP UHD series offers, then the Elite Ti is still a solid choice.

Note: The Echomap Plus 93sv is actually a more direct comparison to the Elite-9 TI than the Echomap UHD 93sv. 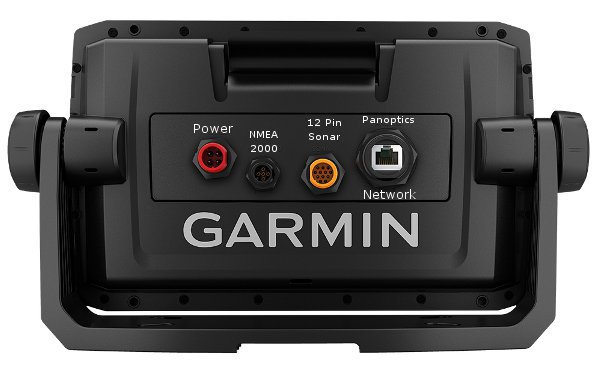 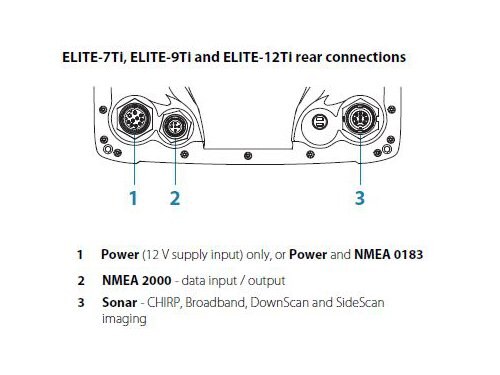