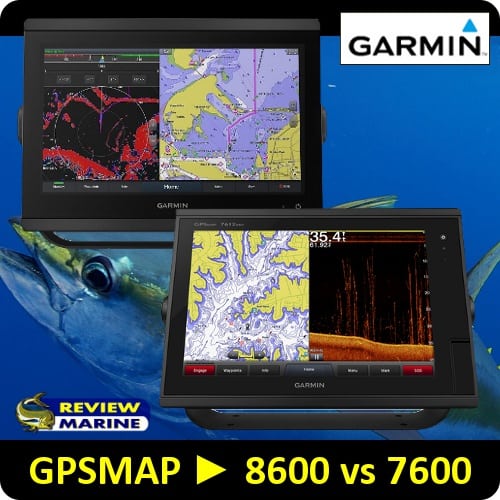 The key difference is in performance but there are some additional features and more rear connections.

In short, the 8600s are faster, have a much crisper-looking screen, and come preloaded with the new BlueChart g3 U.S. coastal and LakeVü g3 maps featuring Navionics data. The 7600 series comes with BlueChart g2 U.S. coastal.

Another big addition is the Ultra High-Definition ClearVü | SideVü scanning sonar with a connection for Livescope.

UHD sonar transmits brilliant image clarity of structure and fish at greater depths than other high-frequency scanning sonars by utilizing a downward-facing element that puts more power on targets.

The 8600 touchscreens are built around the new Full HD In-plane Switching (IPS) technology that enables us to see the screen from virtually any angle and even with polarized sunglasses. It’s very clear and very bright.

The other notable differences are the rear connections. The 8600 series have 2 HDMI connections, a USB port, an LVS Sonar connection, and an audio out plug. See side by side comparison below 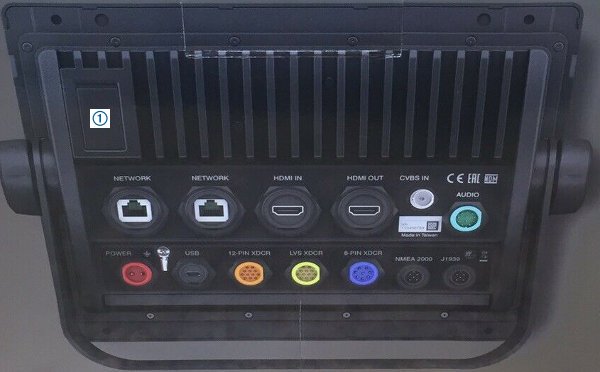 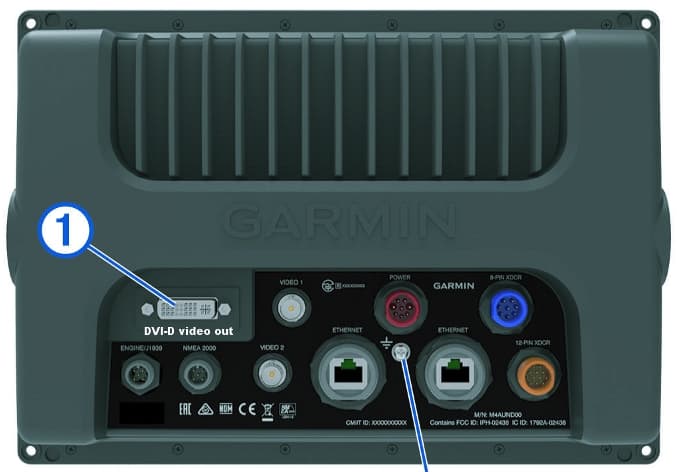 The benefit is that the 8600 has a slightly smaller footprint but I record a lot of sonar for reviewing later on homeport as well as merging data from boat to boat and getting easy access to the back of the unit isn’t always easy.

The solution is to add an external card reader, but then again that’s something else to buy/install.

I’ve included a detailed comparison below along with a couple of pictures of the rear connections of both.

The general consensus is… that if you are building a new boat or need the new features, opt. for the 8600 but if you’re just wanting a second unit and already have a 7600, then stick to the 7600 because they are solid units and quite a bit less expensive.