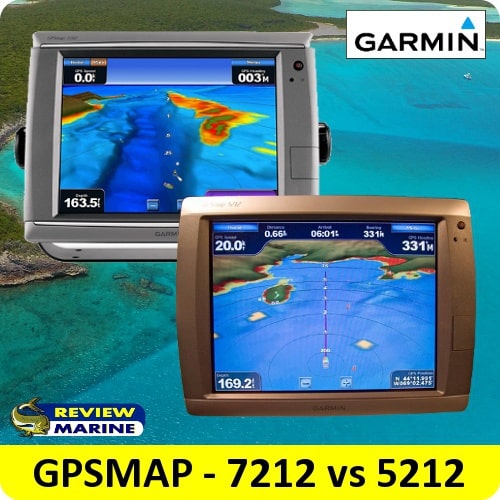 The BIG difference is SPEED. – NavGuy

The GPSMAP 7212 pans and zooms amazingly fast, menu selections are instantaneous, instead of sometimes taking a few seconds. Doesn’t sound like much, but after a day of fishing and changing the display all day long, it makes a difference.

It fits in the same hole but it is a little deeper and heavier. The 7212 will show Color Radar when using xHD and has the added capacity for future software upgrades as they release new features.

Here are complete reviews on each model:

See the detailed specs comparison below: